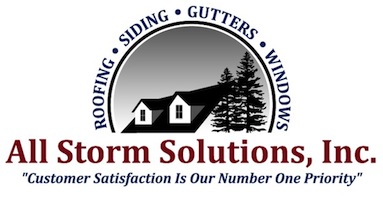 Below is some general information about Bolingbrook:

Bolingbrook is a relatively new suburb of Chicago, having been incorporated in 1965. The first settlement in what is now Bolingbrook was established in 1831, but the informal farming villages remained unincorporated for over 130 years. The tiny Boardman Cemetery, in what is now the Heritage Creek subdivision, contains the remains of some of these early residents. Modern Bolingbrook has its roots in the housing boom of the 1950s. The first subdivision in Bolingbrook, known as Westbury, was located immediately west of Route 53. A second subdivision, known as Colonial Village, followed, located on the far east side of Route 53. The village continued to grow steadily for the remainder of the 1960s, reaching a population of 7,000 by 1970. The 1970s were the first period of rapid growth in Bolingbrook, during which its population quintupled to reach over 37,000 by 1980. Much of this growth was as much due to mass annexation as well as raw population growth; the population of Bolingbrook by the 1970 census but with its 1980 land boundary was approximately 25,000, further reflecting the vigorous annexation that took place during the 1970s. However, Bolingbrook made Illinois’ list of 100 Top places to live.

The Bolingbrook Park District was created in 1970, after being approved by referendum. In 1974, the Park District built its first new building, the Deatherage-Drdak Center, constructed only with volunteer labor. In the following three decades the Bolingbrook Park District has grown to include numerous woodlands and parks, several community centers, the Pelican Harbor Indoor/Outdoor Aquatic Complex, and the Bolingbrook Recreation and Aquatic Complex. Most recently, the Bolingbrook Park District was one of the four finalists for the National Gold Medal Award for Excellence in Park Management, Facilities, and Programs. In 1982, the Park District opened the first indoor wave pool in the United States. It was closed shortly after the BRAC and Pelican Harbor opened in 1996, and has since been converted to an ice skating arena. In 2009, the Park District opened its Hidden Oaks Nature Center, which sits on 80 acres of woodland and river plain habitat. The Nature Center has a Platinum LEED Rating from the U.S. Green Building Council and was built from recycled materials. As of 2014, the Nature Center is used to run naturalist programs and summer camps. Animal residents include: coyotes, deer, great horned owls, and other species common to Northern Illinois.